Steinbeck Country — A Sense of Place. In 1902, the year John Steinbeck was born, the Salinas Valley was a sweeping landscape of tilled fields crimped between two imposing mountain ranges, split down the middle by a river that nourished this 100 mile cleft of land. There was room to explore, a place just right for a young boy with a wandering spirit. And wander he did.

Nature was a refuge for him. It was an opportunity to peer into Mother Earth’s nooks and crannies, to uncover what lay beneath the surface, to poke his fingers … and nose … into the uncharted character of his cherished birthplace.

As a young person, he roamed the tawny hills, camped under the protective power of coast redwoods, crabbed across the slippery rocks of coastal tide pools and stood sentry on the tallest mountain peaks. From these vantage points, he unearthed the allure of California’s Central Coast and infused it into his books.

To understand what this region meant to Steinbeck you need only look to his literary works. He wrote 17 novels, six non-fiction books, five collections of short stories, four plays and a few books of letters. The settings in many of these are located here on the Central Coast. A journey with John opens the door to what interested him — remembered moments of places all his own, manifested by him through words on a page.

Although the passage of time has certainly altered the terrain as Steinbeck knew it, there is still much that looks like he described. Follow in his restless footsteps. From any of these vantage points along the way, you’ll discover the authentic Steinbeck Country. 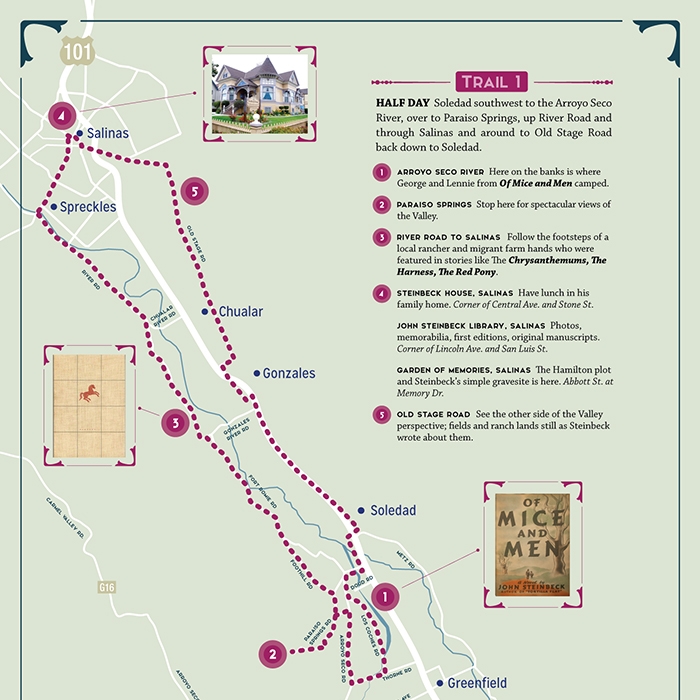 Soledad southwest to the Arroyo Seco River, over to Paraiso Springs, up River Road and through Salinas and around to Old Stage Road back down to Soledad. 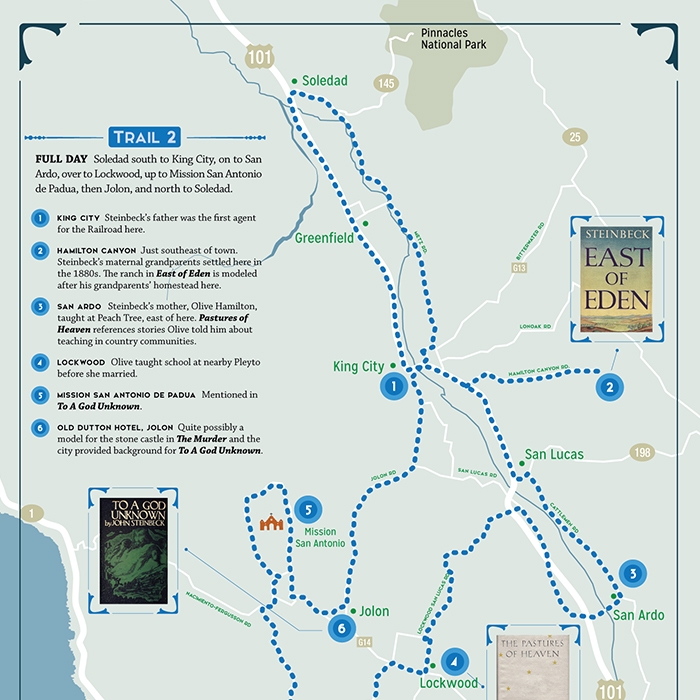 Soledad south to King City, on to San Ardo, over to Lockwood, up to Mission San Antonio de Padua, then Jolon, and north to Soledad. 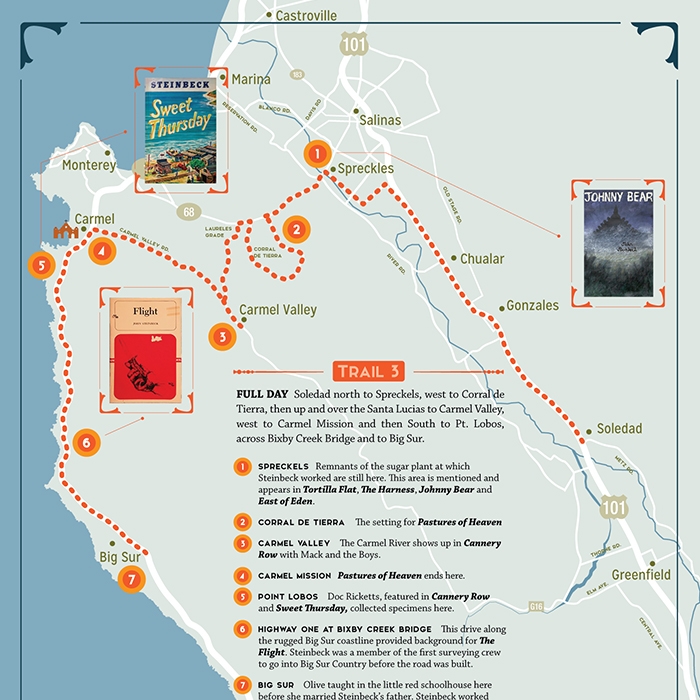 Soledad north to Spreckels, west to Corral de Tierra, then up and over the Santa Lucias to Carmel Valley, west to Carmel Mission and then South to Pt. Lobos, across Bixby Creek Bridge and to Big Sur. 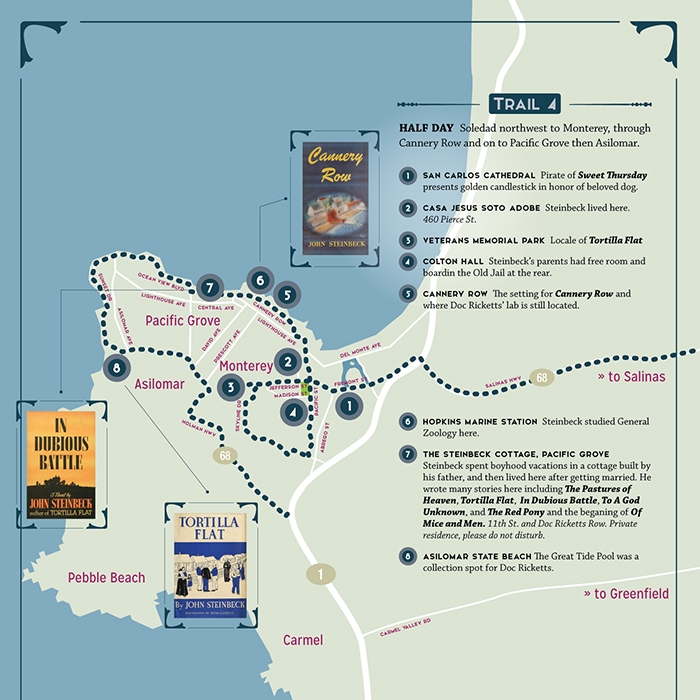 Soledad northwest to Monterey, through Cannery Row and on to Pacific Grove then Asilomar.