In 1884, when Charles H. King purchased 13,000 acres at the southern end of the Salinas Valley, he saw the land through the eyes of a farmer and rancher. He settled in, building a homestead and three barns. He planted wheat. Brought the railroad to town. Donated land for many of the town’s churches.

Of course, he wasn’t the first person to the region. The earliest peoples, the Salinan Indians, called it home before anyone else. Then came the Spanish and the Mexicans and finally men like King, who saw the possibilities for this burgeoning town. He wanted to name it Vanderhurst, after a local merchant, but was outvoted and it was named for him … Kings’, the City of King, later simply King City.

J. Ernst Steinbeck claims to have been the first resident of Salinas. He married local girl, Olive Hamilton. From this union came the world-renowned author, John Steinbeck.

At one time, King City was a one of the leading shippers on grain in the country.

The Salinas Valley Fairgrounds was the site of the first Quarter Horse race in the state of California.

Today, it is still defined by its agricultural past. Grain is gone, in its place are fields of row crops and vineyards. Its rural charm is embodied in the rolling hills of the Gabilan Mountains, the serenity of Salinas River and the pragmatic people who know that the roots of success grow by honoring the past.

King City is a jumping off point for: 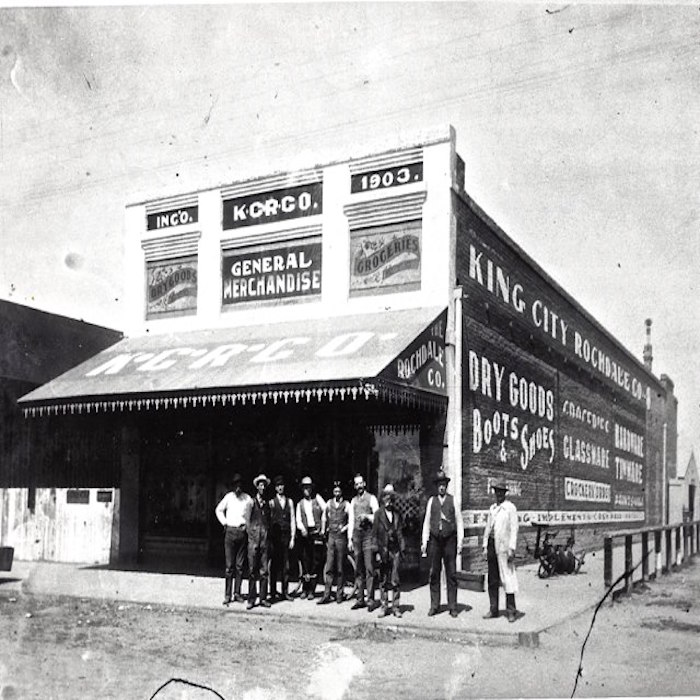 The King City Rochdale Company was constructed for Meacham, Cooper, Ubrey, and Company in 1889. Pictured in 1903, the store was located at Second Street and Broadway. 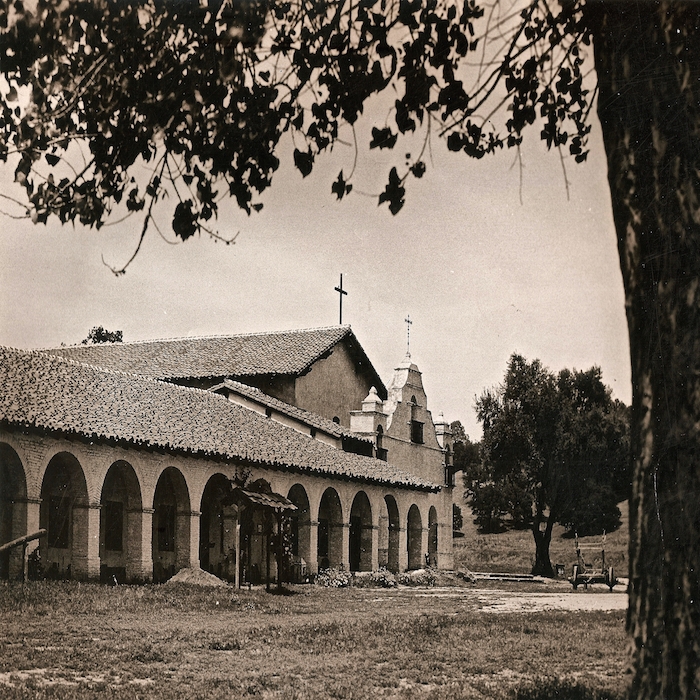 Mission San Antonio de Padua, nestled in the beautiful and pastoral Valley of the Oaks, was the third mission established as part of the string of 21 missions in Alta California — all a day’s ride apart. 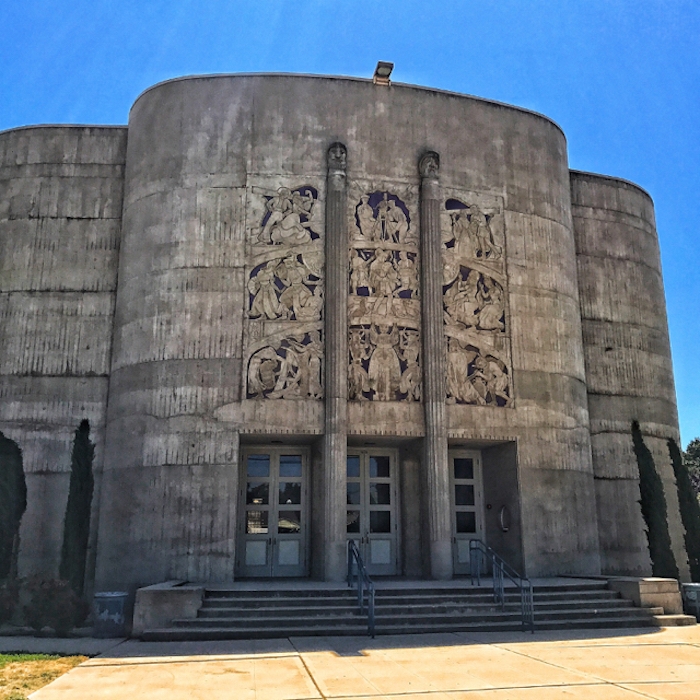 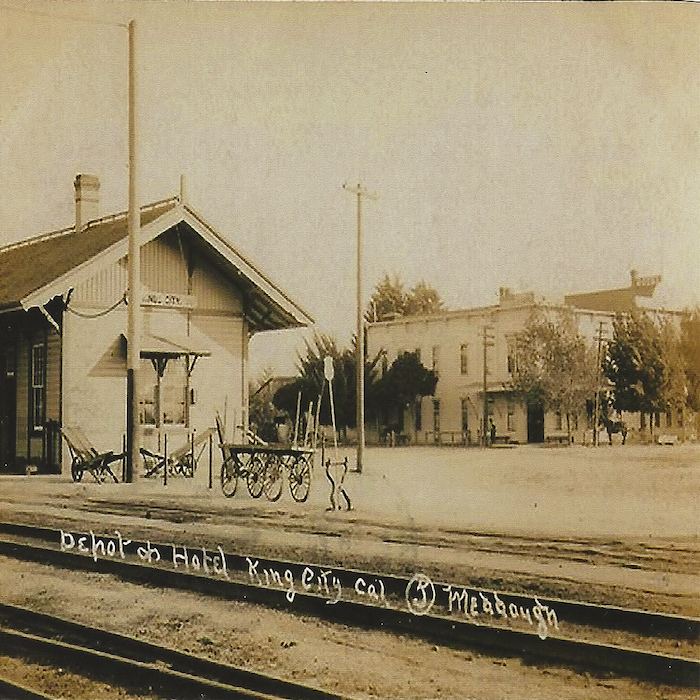 J. Ernst Steinbeck, father of acclaimed writer, John Steinbeck, was the first agent for the S.P. Milling Company which built a warehouse and flour mill alongside the railroad tracks near the City’s depot. 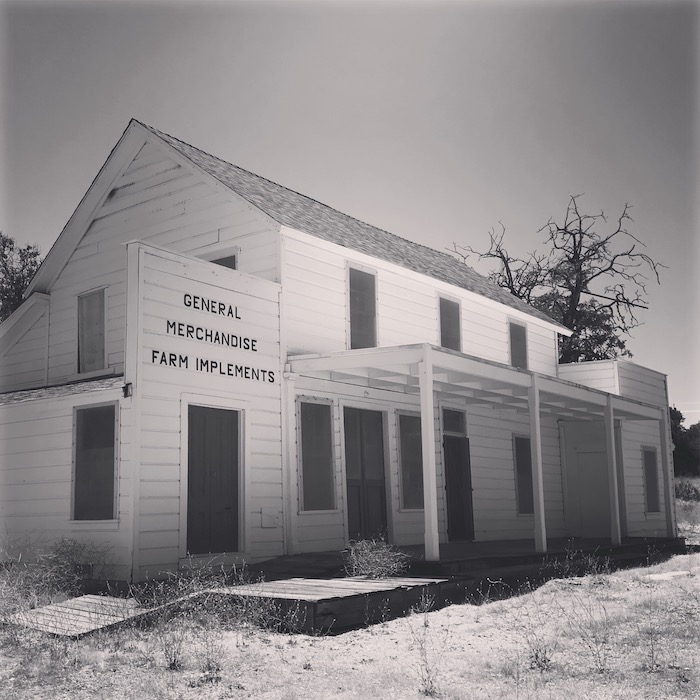 Jolon is the primary setting for Steinbeck’s early mythical novel To A God Unknown. It provided background for the pioneer family who conquered land in the California hills. 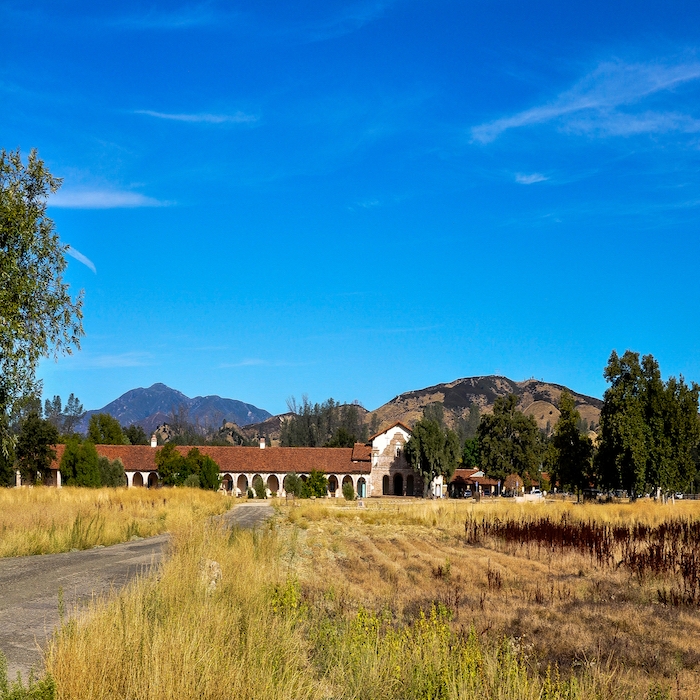 The pastoral setting of San Antonio de Padua Mission, which Steinbeck dubbed Neustra Senora, also makes an appearance in To a God Unknown.