History is fickle. Some events, moments and facets are recorded down to the last detail. Others are left for us to wonder about. Like the name for the city of Gonzales.

Two brothers, Alfredo and Mariano Gonzalez, founded the town. At what point did the name change from Gonzalez with a ‘z’ to Gonzales with an ‘s’? That fact might never be uncovered, but what we do know about the beginnings of this city is that it was part of the Rincon de la Puente del Monte Rancho, granted to the brothers’ father, Teodoro Gonzales.

The brothers laid out the town in 1874 in a grid, streets went east to west and north to south. They granted a 100 foot right-of-way through the Rancho to the Southern Pacific Railroad, which cemented the town’s place in the Salinas Valley shipping hierarchy.

Realizing that water was the lifeblood of farming, the forward-thinking brothers built one of the first irrigations systems — a dam and head gate on the Salinas River and miles of canals that bordered Rancho Chular. Today, the canals are still used as markers for property lines.

Crops were planted. Alfalfa for the dairy farmers. As that industry waned, orchards then row crops took field precedence. Now, wine grapes cover the bench land above the Salinas River.

Today, Gonzales is the Wine Capital of the Salinas Valley, providing a starting point to some of the best vineyards in California.

At one point in the late 1800s, close to 10,000 tons of wheat and barley were stored in local warehouses.

The “Gonzales Cornet Band” was famous for its unique musicality.

The first bridge across the Salinas River was built here.

Gonzales is a jumping off point for: 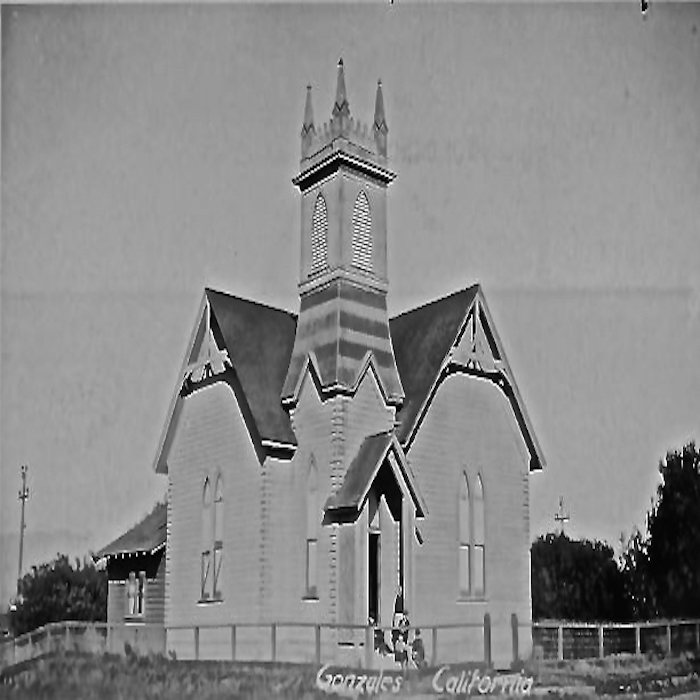 The gothic style of the Baptist Church of Gonzales, dedicated on July 14, 1884, showcased a 60 foot tower, home to a church bell that could be  heard for miles. 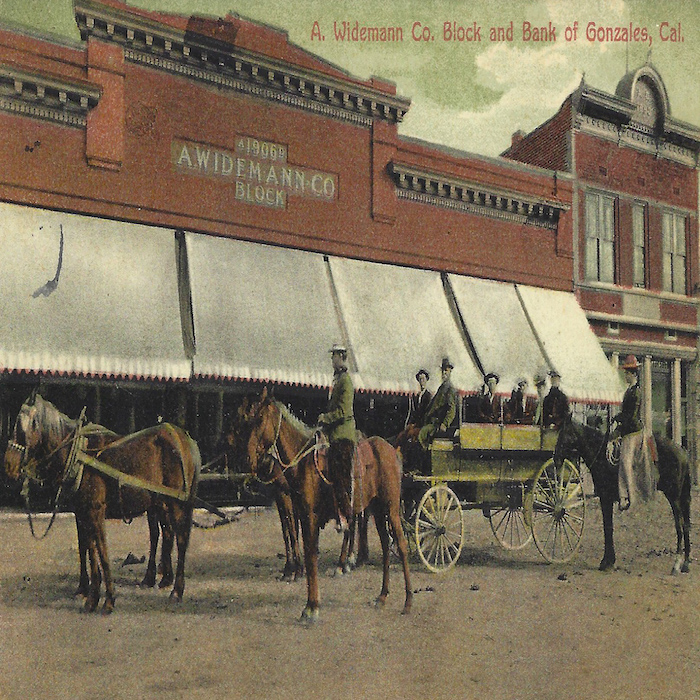 Alfred Widemann arrived in Gonzales in the 1870s. He partnered with William Sarles and, at one time, they operated the largest general merchandise store in town. 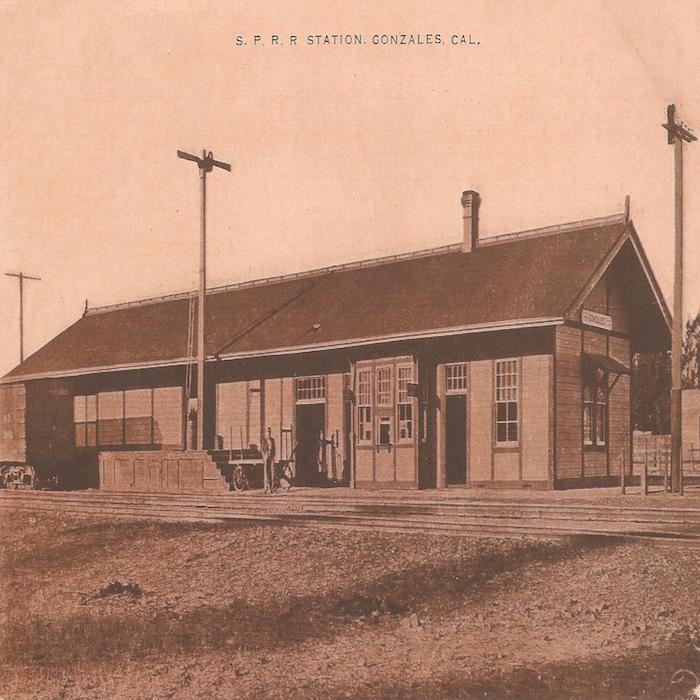 In 1872, the Southern Pacific Raid arrived in tow. Both freight and passengers passed through the doors of the depot which was a landmark in town until 1991. 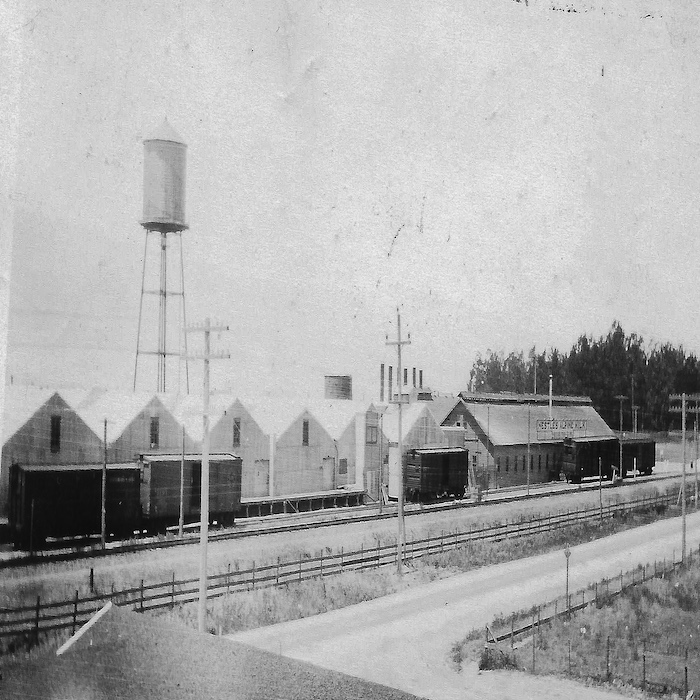 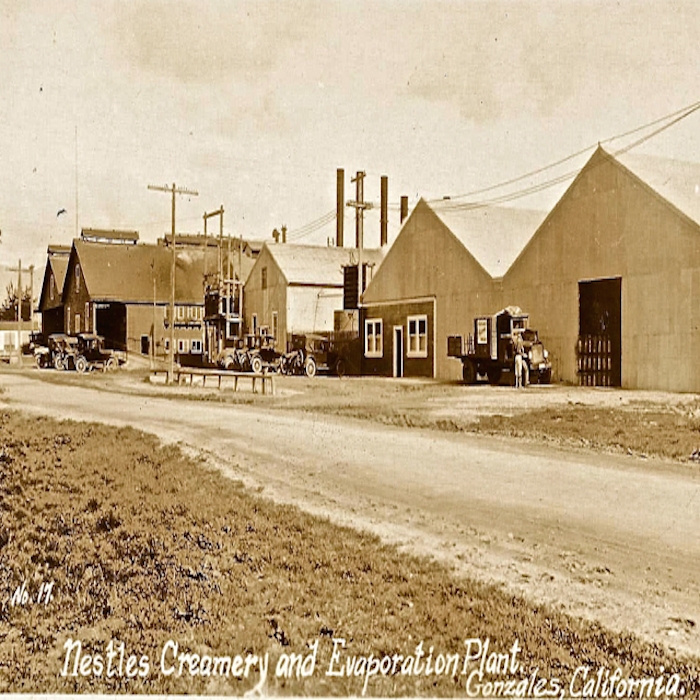 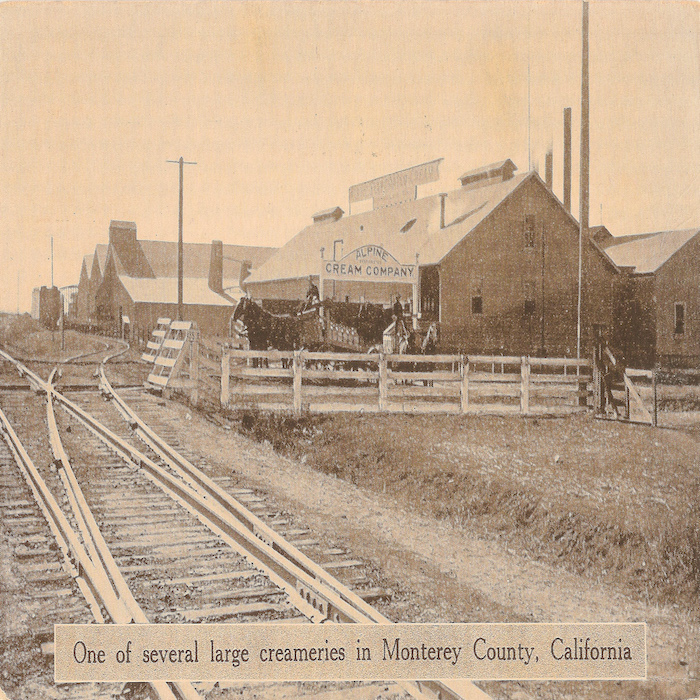 In the 1870s, the Swiss immigrants who settled in the Salinas Valley shared a common purpose — dairy farming. Many began as cow milkers at already established dairies but with time these hard working pioneers eventually bought their own land and herds, creating an industry that in its heyday had more than 400 dairies processing milk from about 25,000 cows.

By 1915, Gonzales was the largest dairying town in Monterey County. This was due, in large part, to the construction of the Alpine Evaporated Cream Company in 1906 by John Meyenberg, who is heralded as the inventor of the evaporated milk process. This caused a boom in the industry, opening the door to additional uses for the milk.

The changing landscape of farming in the Salinas Valley, as well as new laws implementing pasteurization regulations in the 1930s set into motion a downturn in the industry and by the end of World War II few dairies were left. But those early Swiss families adapted, switching to vegetable farming as that industry took off, continuing to be integral to the economic stability of the City.